We’re going to demonstrate how to identify the N+1 Query anti-pattern using the AppMap plugin for IntelliJ, and the Spring PetClinic sample application as an example.

The N+1 antipattern happens when a query is executed for every result of a previous query. If left unchecked, N+1 queries result in the gradual slowdown of the performance of an application, as they result in multiple expensive trips to the database. 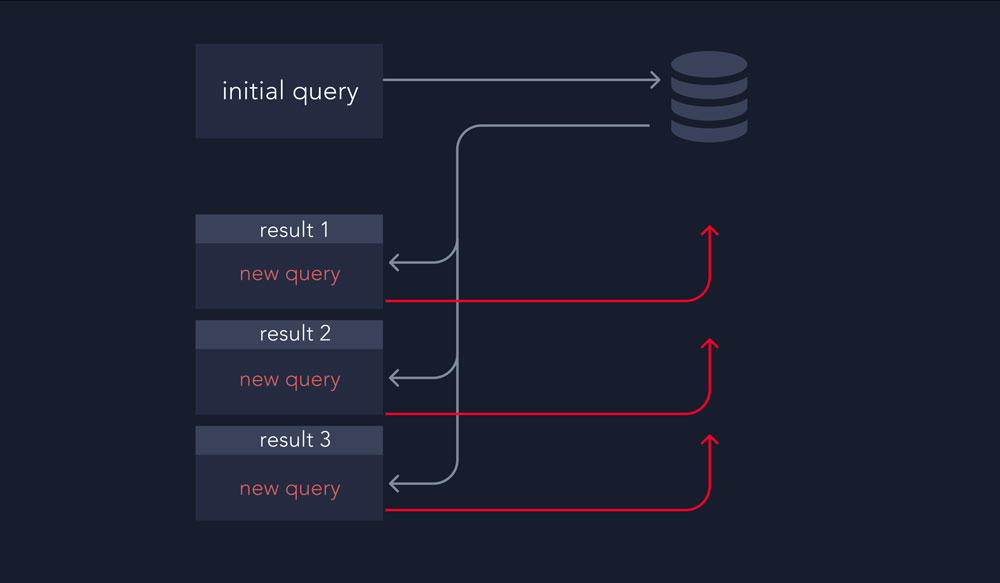 Detecting N+1 queries is tricky, because they aren’t revealed by any mainstream testing strategy.

To detect the N+1 query problems, we need to look at the number of SQL queries that are performed in a realistic situation, such as an integration test, and compare this number with a reasonable expectation.

Here’s a brief demo that shows how AppMaps can be used to quickly identify the N+1 anti-pattern in a Spring application and validate a fix.

(If you prefer to read vs. watch, a written version of the demo follows the video):

We’ve demonstrated how to find and eliminate the hard-to-detect N+1 pattern with AppMaps in just a few minutes. As a result, the application is now better prepared for heavy production load.

Questions or feedback? We’d love to hear from you – reach out in Slack or Twitter!